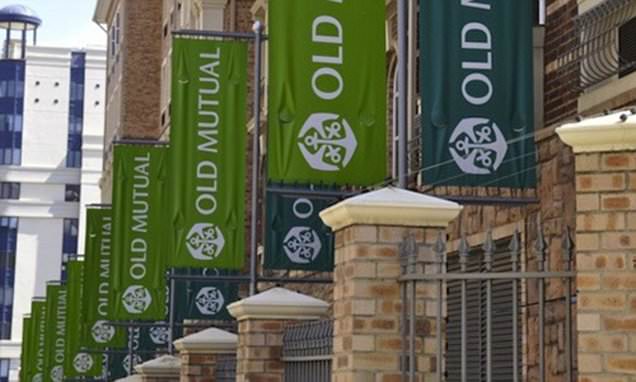 Shares in Old Mutual rose more than 10 per cent on Monday morning driven by expectations of a break-up that could see the FTSE 100 insurance group split into four parts.

Chief executive Bruce Hemphill, who has only run the group since last November, is likely to confirm the plan when the group reports its full-year results on Friday, according to people familiar with the situation.

There has long been speculation within the industry about whether the four parts of Old Mutual, which has a market capitalisation of £9bn, fit together.
The group consists of a US asset management business, a wealth management operation focused on the UK, a financial services business in Africa and a 40 per cent stake in Nedbank, a South African bank.

In the first half of last year Nedbank was the largest contributor to the group’s earnings, followed by the African financial services operation.
Old Mutual has already been taking steps to separate itself from some of its fund management businesses.

Last year the group reduced its stake in New York-listed Old Mutual Asset Management to 65 per cent. In February this year it sold Rogge Global Partners, a London based fixed income fund manager with £24bn under management, to Allianz.

The break-up plan, which was first reported by Sky News, would take the process further. Although the company has decided in principle on a split, Mr Hemphill is unlikely to present a detailed plan on Friday, and it could take until 2017 or 2018 to complete the process.

The company said on Monday that “all options for the strategic review are being considered but no decision has yet been made”.
The weakness of the rand, and the introduction of Solvency II rules in Europe, may have hastened Old Mutual’s plan.

In a note published in December, Bernstein analyst Edward Houghton noted that Old Mutual generates 68 per cent of its earnings in rand, which has been weakening against other currencies. He warned that dividend progression at the company could be at risk if the exchange rate did not improve. The rand is broadly at the same rate now as it was then.

Under Solvency II meanwhile, Old Mutual is unable to count surplus capital in its South African business towards its group solvency ratio, according to Mr Houghton