Government has constituted a technical committee to make proposals that will lead to a fundamental redesign of the National Health Insurance Scheme (NHIS). 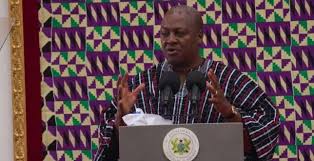 Speaking on Thursday, February 25, Ghanaian President John Dramani Mahama, in his state of the nation address said government was “poised to invest heavily in the coming years in the education and preventive health care for the treatment of chronic, non-communicable diseases due to lifestyle choices.’

He said with the investment in preventive health, it is even more prudent that investment habits continue to change with regards to diseases such as hypertension, diabetes, high blood pressure, cholesterol and obesity,.

According to the President, the double burden of communicable and non-communicable diseases raises an even more fundamental question about sustainable health care financing.

“This is precisely why I have constituted a technical committee to make proposals that will lead to a fundamental redesign of the National Health Insurance Scheme,” President Mahama said.

He noted that at independence, the life expectancy was a little over 40 years. “Today life expectancy has increased by more than 14years due to advances in medicine, improved health infrastructure and increased number of health personnel. Not only are we living longer in our adult years but more infants are living to see those years.”

According to the Ghana Demographic and Health Survey there has been a drastic decrease in the rates infant mortality and under five mortality.

The mothers of these children are also surviving during pregnancy and after child birth because ante-natal and post natal health care have improved, he noted.