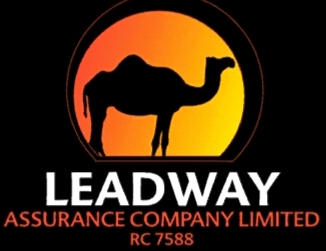 Leadway Assurance Company Limited has advised insurance customers to resist the temptation of getting claims through fraudulent means.
The company gave the advice on the heels of an alleged blackmail by one of its customers who wanted to get claims on a property not insured.
It said the client had gone to the press to allege that the company had defaulted in paying claims on a property destroyed by fire.
The story, carried in a newspaper (not Daily Trust), claimed Leadway defaulted in paying claims to one Nike Oladunni Omorodion who claimed she suffered losses following  damage caused by fire to a property at 8 Aduke Close, Maryland, Lagos.
Reacting to the claim, the company said the property insured with them was different from the one that was devastated by fire thus had no claims from Leadway.
The company explained in a statement that, “Mrs. Oladunni Olunike  Morenike is our insured, not “Mrs. Nike Oladunni Omorodion” and we are aware she suffered fire damage to a property at 8 Aduke Close, Maryland, Lagos, which is not the insured property. The property insured with us is another property at 5 Olaperi Street, Shonibare Estate, Maryland, Lagos,” it noted.
“The property insured with us has not been affected by fire and is the subject matter of insurance,” it said.
It further explained that the, “relationship with the insured was effected through Standard Chartered Bank as one of our sales outlets and the insurance application form (which forms the basis of insurance) did indicate the address as 5, Olaperi Street, Shonibare Estate, Lagos and not 8, Aduke Close, Maryland, Lagos.”
The company said it “will not be coerced or maligned into paying an unjustified/fraudulent claim and will insist on our legal rights against any defamation of reputation. The insurance industry is one that we are carefully building up with the help of each stakeholder. Therefore, there must be concerted efforts to ensure the growth of insurance rather than propagate further distrust and suspicion.”
It said it appreciates her pain as a customer who has suffered a loss and “is indeed still taking a further look into the claim to see how we might help her despite her uninsured loss, but the company’s attempts are now being frustrated by this blackmail, which is illegal and tantamount to fraud.
“Her misrepresentation of the facts and an unwarranted attempt to use the press to arm-twist us into responding to a fraudulent claim is simply sad and ill advised,” the company further said.
The statement said: “Leadway Assurance is an insurance company with close to 45 years of service in the insurance industry in Nigeria. We understand that the value of our promise to our customers is in the claims that we pay. Industry statistics attest to the fact that we have the highest claims paid value and loss ratio that is far above industry average.  For the audited financial year ended 2013 alone, we paid over N10.9 billion in claims.
“According to verifiable industry statistics (the Nigeria Insurance Digest of the Nigerian Insurers Association), over N6.1bn in claims was paid in 2012 for its general business alone (the highest in the industry, with the next highest payer paying only N2.8bn). This indeed is why we are in business,” Leadway said.

View all articles by Mercy A