The insurance landscape is headed for even more significant changes as Jubilee Insurance Company revealed it is on the verge of acquiring three firms. 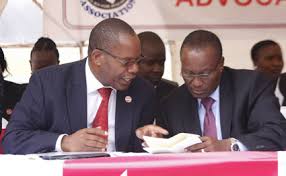 Jubilee Insurance Company Speaking to journalists on a day when it entered into a partnership with CMC Motors Group that would see all vehicles sold and serviced by the auto firm insured by Jubilee, the insurer’s CEO Patrick Tumbo said discussions on the acquisitions are ongoing.

“We have the financial muscle to acquire as many insurance companies as possible, but right now, we are in talks with three — one international and two local,” said Mr Tumbo.

The Insurance Regulatory Authority (IRA) has attributed this to rising insurance penetration, an expanding middle class, and discovery of oil and gas in the country. Some of the M&As in the last two years include Old Mutual’s acquisition of a majority stake in UAP Insurance, and Pan Africa Insurance’s buy-up of Gateway Insurance.

The insurer, which has operations in Kenya, Uganda, Tanzania and Burundi, said it had already started operations in the Democratic Republic of Congo, and would roll out its products in Madagascar by next year. The company is also eying the Ethiopian market.

The partnership between Jubilee and CMC, Tumbo added, is the formalisation of an agreement the two firms have had over many years. It will see Jubilee provide comprehensive motor insurance policies for vehicle models marketed by CMC in Kenya for a period of nine months.