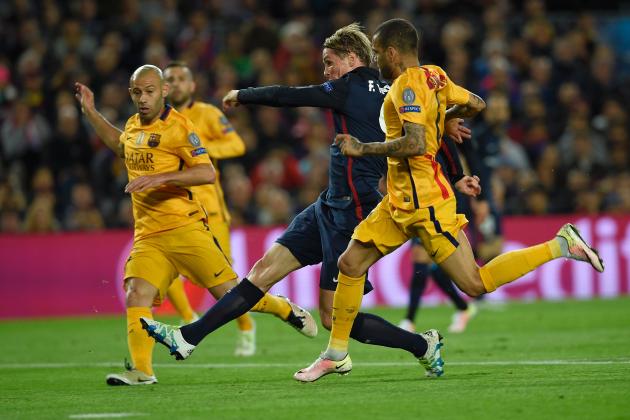 Luis Suárez scored twice for Barcelona in a 2-1 home win against 10-man Atlético Madrid in their Champions League quarter-final first leg after Fernando Torres had opened the scoring but was then foolishly sent off.

Atlético defended resolutely, but once down to 10 men dropped deeper and deeper, and grew narrower and narrower. A goal became inevitable, two eventually followed, but they need a 1-0 win at home to go through, which is at least plausible.