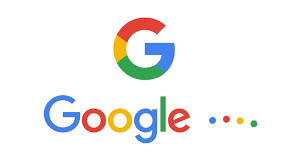 Google is killing off the car insurance, credit card, and mortgage comparison tools that it rolled out last year.

Joshua Dziabiak, COO of a rival car-insurance comparison marketplace called The Zebra, said his company has been getting tips from various industry sources on Monday that Google Compare Auto Insurance will be shutting down in the US and the UK (where it’s been available since 2012).

Google later confirmed that the entire “Compare” service will start winding on Tuesday.

“Despite people turning to Google for financial services information, the Google Compare service itself hasn’t driven the success we hoped for,” the company wrote to its partners, in an email obtained by Search Engine Land.

The goal of the service, according to Google, was to help users compare car-insurance or credit card offerings as quickly and seamlessly as possible. In the case of car insurance, the company had partnered with a mix of national and local car-insurance providers and would take a cut when someone bought insurance online or by phone, based on a “flexible cost-per-acquisition model.”

“A lot of people aren’t super surprised,” Dziabiak says of the shut-down. “Some of us kind of saw it coming.”

Dziabiak says that he doesn’t think Google’s tool did enough to educate consumers about the complexities of the financial service beyond its price quotes. He says that some car insurance carriers had been hesitant to participate with Google’s tool for that reason.

The move represents a setback to Google’s efforts to expand its money-making services beyond its stronghold of online search and display ads.

Dziabiak points out that insurance ads have some of the highest cost-per-click amounts — meaning that Google makes more money from them — so he speculates that perhaps the company was seeing some cannibalization through Compare, since it would appear above those ads.

Google’s email to partners seems to confirm that that’s the case:

“After a lot of careful consideration, we’ve decided that focusing more intently on AdWords and future innovations will enable us to provide fresh, comprehensive answers to Google users, and to provide our financial services partners with the best return on investment.”