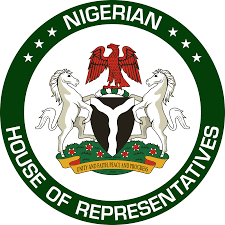 A woman named, Mrs Elizabeth Awan, former staff of the Diamond Bank Plc in Kaduna, has petitioned the House of Representatives following the non-payment of her terminal benefits by the bank after 10 years of service, amounting to over N5 million.

In the petition tendered before the House, Awan, who worked with the Ahmadu Bello Way branch of the bank in Kaduna metropolis, also accused the bank of deliberately relieving her of her appointment, just 24 days to the 10th anniversary in service in order for the bank to avoid paying her deserved terminal benefits.

The Speaker of the House, Hon. Yakubu Dogara, has however referred the petition to the Standing Committee on Public Petitions for further investigation.

The petitioner explained to the House that she was offered employment by Diamond Bank on October 20,  2005 and she resumed fully October 25, 2005, adding that she had been in active service of the bank since then till September 30, 2015, when she was “practically compelled” to resign after close of work on the fateful day.

“Honourable Speaker Sir, the bank knew that on my 10th anniversary with the bank which was 24th October 2015, I would be entitled to benefits which include: i. A Rolex Wristwatch; ii. A 10 year long  service award plaque/letter of recommendation; iii. Terminal benefits which include my current monthly salary multiplied by the number of years of service which in my case amounts to N5,671,242.17.

“Honourable Speaker Sir, by this forceful “resignation” without any just cause, about 3 weeks to my 10th anniversary with the bank, it was intentionally intended to deny me of above mentioned benefits which I feel is the least the bank could do to a committed and diligent staff having worked so faithfully and never found wanting at any point in time all these years,” Awan said.

She added that she worked “so tirelessly” as a staff with the bank, forfeiting my personal time, going on call-off working hours, during weekends, public holidays and even while on annual leave, going for presentations to organizations, training programmers and the bank’s various meetings mostly scheduled at weekends, all without any form of compensation or allowance at the peril of her family and personal life.